Get fresh music recommendations delivered to your inbox every Friday.

by The Reigning Monarchs 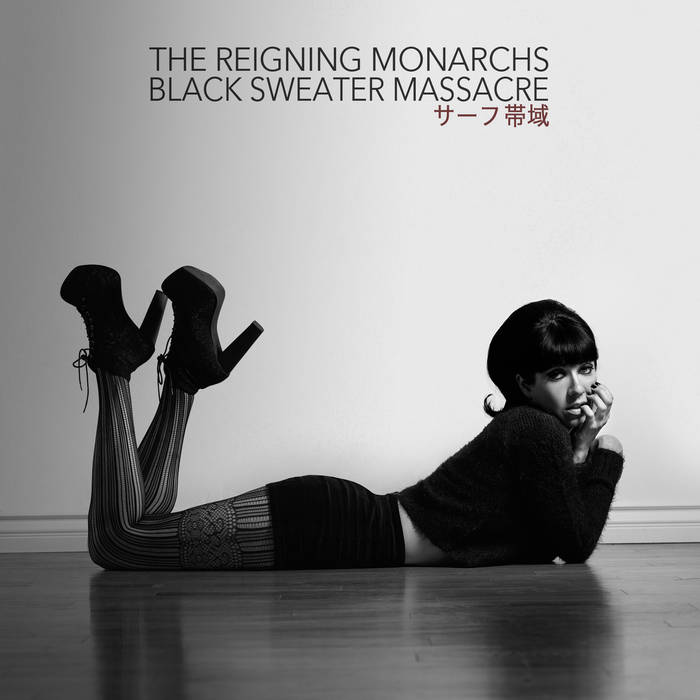 krotix Instrumental Rand R that has it's heart in the right place. Very few bands of late in this garagey type as opposed to metal/lounge/indie. 60s references and twang Favorite track: Blood Red Metalflake.

Dave Johnson I like music that is hard to define and this fits in there perfectly.
surf, ska, sixties, great stuff. favorite track moto guzzi .

This is the latest album from The Reigning Monarchs, with the production costs being made possible by their fans. This newest effort contains a mix of influences and genre-bending styles from surf-ska punkabilly to gothic modern loungecore. Black Sweater Massacre is the only album of its kind and the only one you'll need... til we decide to make another.

Recorded in Los Angeles at Steakhouse Recording. Pickford Studio and The End Of The World

For Press Requests: Dawn Kamerling at The Press House (dawn@thepresshouse.com)

The Above and Beyond Crowd:
Blake Walters! Maudie McCormick! Laura Bromley! Wil Anderson! and Stu Gilkison!

Rakes play surf while everybody skanks! Sweater up!